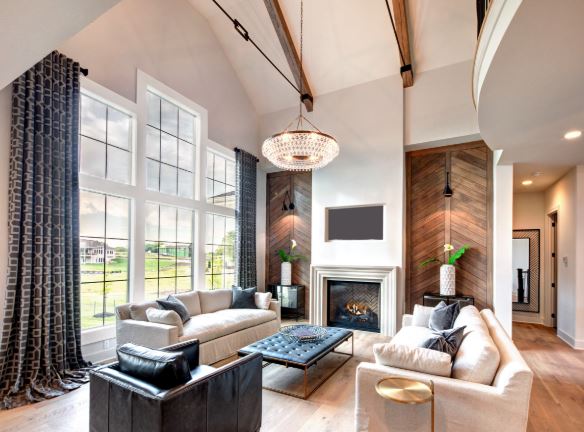 Fire is a scary thing and puts a lot of stress and worry of homeowners all over the world, especially here in California. Rather than worry and stress, do something about it. You can install fire retardant shutters on the replacement windows on your Huntington Beach, CA home, and be like one local woman who credits her life and home to her fire-retardant shutters.

As the story goes, one night, a fire broke out right outside her home. The flames spread up her outer wall and reached her shutters. Her fire-retardant window shutters did not catch fire, but instead began to smolder and melt releasing lots of smoke. The smoke set off her fire detectors, alerting her and her family to the fire. This extra warning time not only allowed them to get out safely, but also gave first responders enough time to save her home.

If you’re going to invest in window shutters for your replacement windows, they should be fire retardant. What kind of fire-retardant shutter should you be looking for?

When shopping for shutters, be on the lookout for those with a Class A rating from a local fire protection agency. Any lower rating won’t give you the necessary protection from fire. But why are fire retardant shutters necessary for replacement windows? Fires actually originate on walls near windows a lot. Malfunctioning electrical sockets, lamps, and other electronics can cause fires, as can candles, incense or other open flames. These flames can quickly catch on draperies or other window treatments, but most likely won’t catch shutters as fast since they don’t hang down. Also, even if fire retardant shutters are engulfed in a flame, they will not burn. Instead, they just smoke and smolder, which in turn will set off smoke alarms and alert first responders and home residents to the danger quickly. These important seconds can mean the difference between safety and danger, a saved home or a destroyed home.

Keep in mind that wood shutters are usually not fire retardant. The same goes for low quality faux wood shutters that are made out of particleboard or other materials, even if they are wrapped in vinyl. You need window shutters that are high quality faux wood. These shutters are made of flame-resistant composites that will smoke and melt as opposed to catch fire when exposed to extreme heat. This tough construction also means that they are resistant to moisture, warping and mold as well.

Fire retardant shutters are a great investment for the replacement windows on any home. If you have more questions about fire resistance and Huntington Beach, CA replacement windows, just reach out to Cunningham Doors & Windows. We have years of industry experience that we are ready to put at your disposal. Please stop by and pay us a visit at 1940 E Edinger Ave Santa Ana, CA 92705 or call (714) 258-2500 today to learn more about what we can do for you and your home.